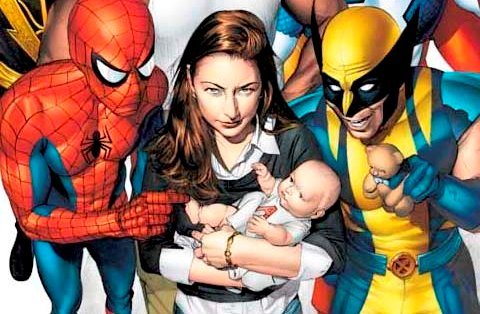 When Marvel announced that it would be putting out several series on Netflix about street-level heroes, they told us who we’d be getting: Daredevil, Luke Cage, Iron Fist, and Jessica Jones. And as I tried to force everyone I know to be just as excited as I was, whenever I reached the name Jessica Jones (to be played by Krysten Ritter), I was given a single overwhelming response:

With her thirteen-episode Netflix series by showrunner Melissa Rosenberg coming out in November, and my moral compulsion to tell people about good comics, I’ve decided, fine—I’ll tell you who Jessica Jones is.

In her short history of publication, a lot has happened to Jessica Jones. She gets married to Luke Cage (to be played by Mike Colter), they have a baby (who practically all the Avengers babysit), she and Luke run an Avengers team, and they fight off an alien invasion!…

The Resting Place of Trees

Fiction for November”Wild Dream Country” & “Look at the Birds”

Something that Bites & The Church of the Hot Pink Jesus: two new tales for Halloween!